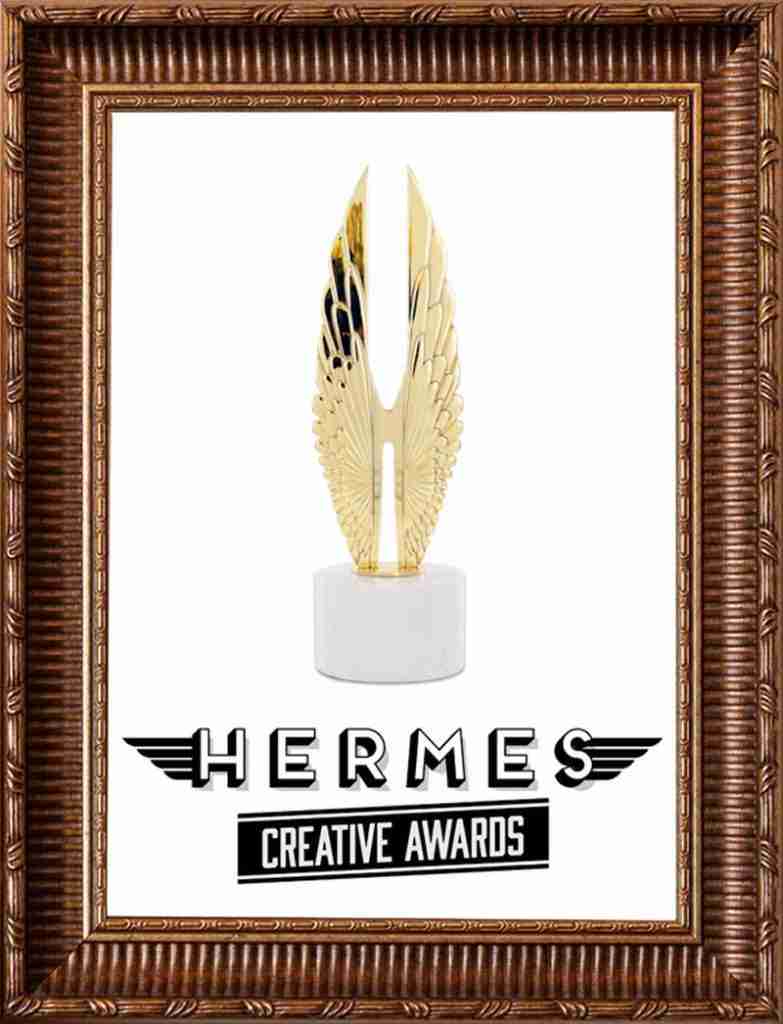 Novartis tasked Matrex with bringing it’s national advertising campaign featuring the “Inflammation” animated character to life across all their ophthalmology and optometry annual trade show events. This included 5+ nationwide conferences in spaces up to 11,000 square feet. The experience debuted at the 2021 Southeastern Council of Optometrists and continues into 2022. 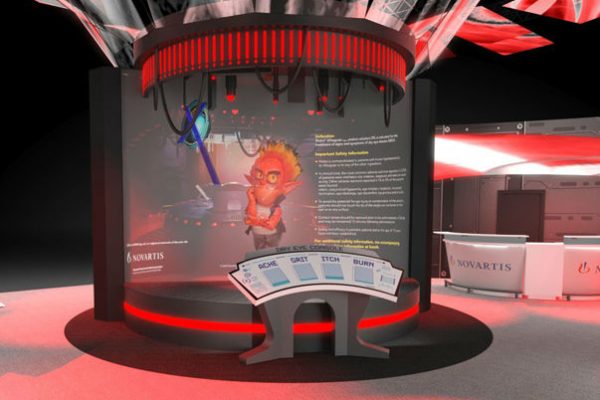 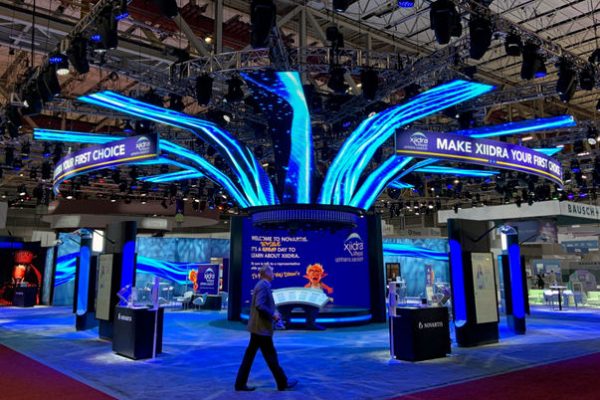 Everything was bathed in refreshing blue tones by 12 tendrils of transparent LED tiles while business and hospitality occurred throughout the space. With attendees comfortably seated, they ordered hospitality items safely through Matrex proprietary QR code-based system. While their order was being prepared and delivered to their table, engagement and dwell time increased as they continued to be immersed in the Xiidra marketing environment. 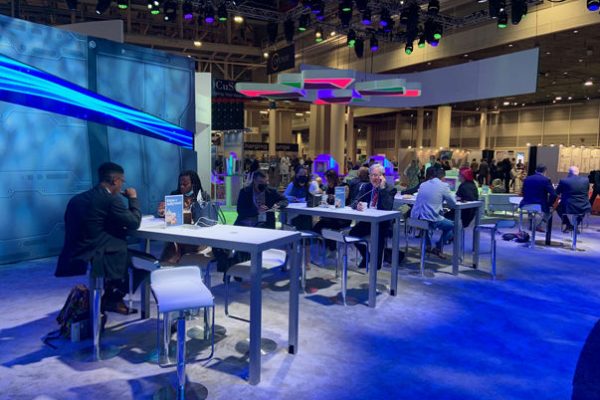 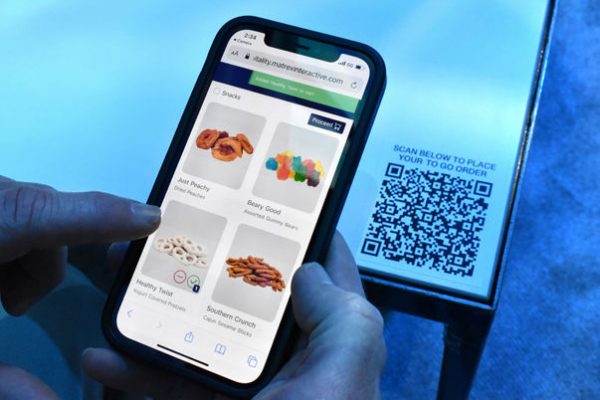 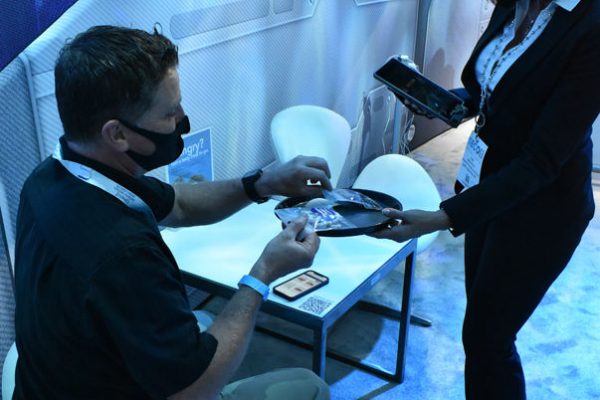 Then suddenly, sound rumbled through hidden speakers, imagery changed, and the refreshing blue environment changed to red, signaling the onset of dry eye symptoms. At center stage, a holographic animated “Inflammation” character appeared to create the classic symptoms of dry-eye on the physical control panels… only to be foiled by Xiidra which changed the environment back to soothing blue. 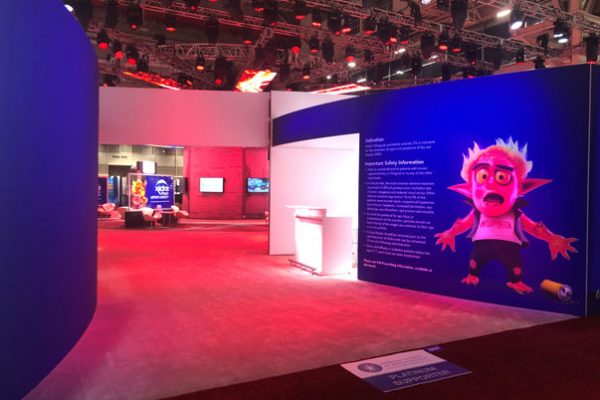 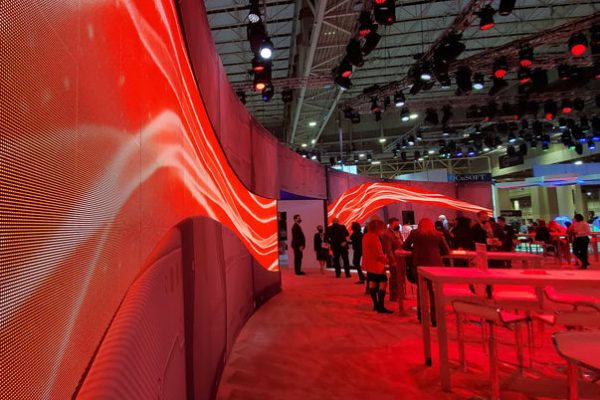 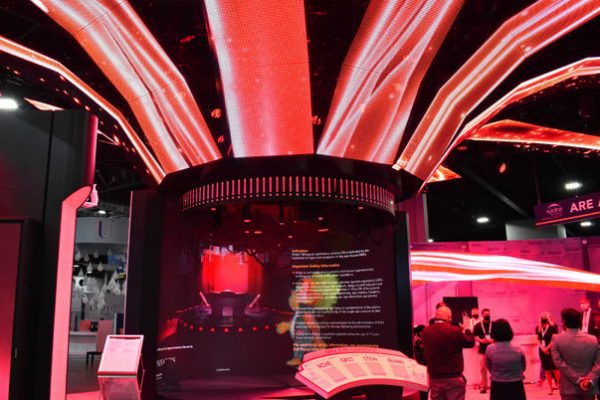 To promote social media sharing from the event, we created a photo-op experience using a digital backdrop where attendees could choose their background. However, upon recieving their digital and physical photo, they would be surprised to see the “Inflammation” character had Photo-Bombed them. 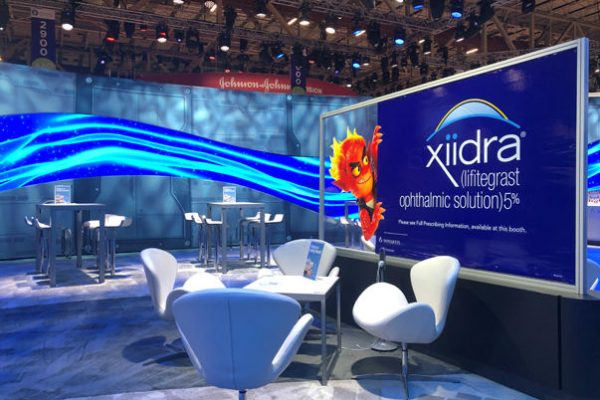 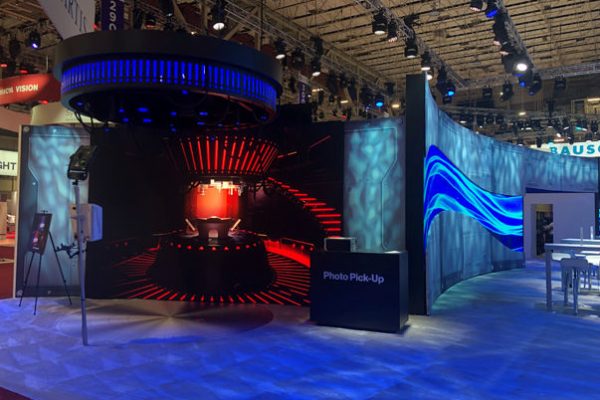 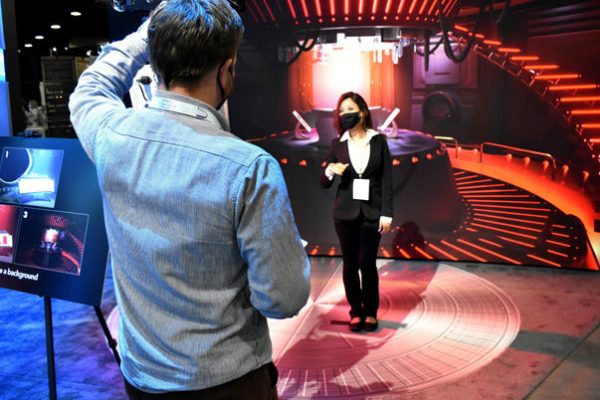 Click here to learn more about the Hermes Award and our recognition.

Matrex provides boutique-style service to every customer plus all the expertise, craftsmanship and cutting-edge technology provided by larger firms. We offer strategic planning, creative design, shipping, installation, data capture and much more for all of your experiential projects, from environmental displays and permanent installations to trade shows.